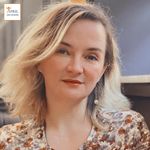 Get in touch with Dr. Burcin Ogrenir about life coaching, counseling and psychologist issues! We are waiting for you! After my higher education, which started with a Psychology degree from Middle East Technical University, continued with master’s and doctorate education in the fields of education and psychology in the USA. During the past years, I continue my career as a teacher, psychological counselor, administrator, researcher and most recently academician in the same fields.

In New York, I have taught several courses at New York University, Brooklyn College, Hunter College, and Long Island University. I am currently working as an Assistant Professor in the field of teacher education at City University of New York. With the coaching services that I started under the name of Atlantic Personal Development and Educational Services, I have been helping the Turkish society and individuals in America with the trust of my 15 years of experience and experience.

MEd in Teaching and Learning,

Ogrenir, B. (January 2013). “Teachers’ Adequacy in Applications of Bibliotherapy in

Ogrenir, B. (May, 2014).  “Multicultural Competency: Basic Skills for Global Citizens in Our Classroom.”National Institute for Staff and Organizational Development, Austin, Texas.

CUNY Faculty Publication Fellowship (2012). CUNY Office of the Dean for Recruitment and Diversity.

Participated in a year-round seminar on Eportfolio and Integrative Teaching organized by the Center for Teaching and Learning, LaGuardia Community College, New York, June 2013- June 2014.

Participated in a year-round seminar on Writing in Disciplines organized by the Center for Teaching and Learning, LaGuardia Community College, New York, September 2011- June 2012.

Participated in a three-day workshop on Writing Across the Curriculum organized by the Center for Teaching, Brooklyn College, New York, June 2-4, 2009

Participated in a two-day workshop on Arts in Education organized by the Lincoln Center Institute, New York, January 2009

National Association for Education of Young Children, Member since 2013.